You are here: Home / Blog! / Becoming a Thought Leader

A thought leader is an individual or a company (yes, companies are often thought 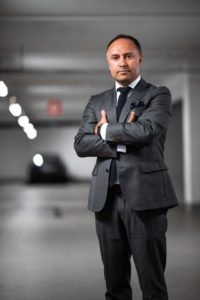 leaders) specializing in a field whose authority is honored and respected and whose comments, thoughts and beliefs are sought after by others.

Here is something else we should know. Just as thought leaders themselves evolve, the term “thought leader” has evolved.

Coined more than a century ago, the term seems to have gotten lost for decades from when it was coined. The Oxford English Dictionary dates the term back to 1887. It was used to describe Ward Beecher, an author and preacher involved in the abolitionist movement in the U.S. He was called “one of the great thought leaders in America [italics mine].”

But as already mentioned, the term was rarely, if ever, heard again until Silicon Valley emerged in the 1970s. One of the first leaders in Silicon Valley was Bill Hewlett with Hewlett-Packard. One day Hewlett got a call from a young student looking for parts for a frequency counter, which measures signals and frequencies. That young student was Steve Jobs. Hewlett, impressed with the young man, gave him a summer job, and 20 years later, Jobs became the most admired thought leader in the country.

Why Are Thought Leaders Important?

Thought leaders typically fall into two key categories: They are educators or change makers, or both.

As educators, they help us grow as people and organizations. These leaders typically share one or two of their specialties with others. For instance, once he got out of jail, the real Wolf of Wall Street, Jordon Belfort, remade himself into a sales expert. In time, he became a recognized leader with respect to sales.

Beginning his presentations with the famous line, “Sell me this pen,” salespeople in all industries around the globe attended his presentations. Belfort also shows us that thought leaders who are educators do not necessarily focus on just one industry or sector. They can impact many.

As change makers, they often believe ardently in a concept or idea, urging others to listen to them, heed what they have to say, make changes in their personal or business lives, and spur innovation. A perfect example is one of our clients. He started out advocating for green cleaning and environmentally preferable cleaning solutions more than 20 years ago. Ignored for years, few people attended his presentations at cleaning trade shows.

However, he persisted. Soon, one industry sector after another — education, health care, facility management, sports and others — listened and heeded what he had to say. While he can’t be solely credited for the turn of events, innovation in the professional cleaning industry, spurred on by this leader, has made the professional cleaning industry a leader in green initiatives.

are so important, and that’s because they help people and organizations make money. According to research by public relations firm Edelman, 64% of business-to-business (B2B) organizations evaluate their organization based on its leadership, and nearly half of these B2B organizations award business to organizations based on their status as leaders.

Further, the international advertising firm Ogilvy reports that when key individuals in an organization become recognized as thought leaders, it plays a “crucial role in the fortunes of those organizations.”

How to Evolve Into a Thought Leader

Just as there is no set definition for what a thought leader is, there are no set ways someone or an organization becomes a leader. However, most evolve through the following journey:

More on this topic Here