You are here: Home / Blog! / Branded Articles: What You Need to Know

The publishing world has been transformed. The old business model, highly dependent on page advertising, is simply not working that well any longer. To help them stay afloat, publishers have developed several new marketing products to supplement the income once derived from traditional advertising and one we are now seeing quite a bit of is referred to as branded articles.

One product that has been receiving much attention is what is referred to as branded articles, 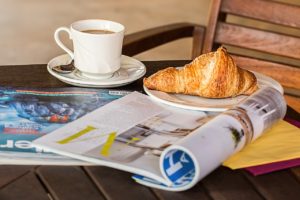 We’ve all seen this. Virtually every major publication in the country now has some form of branded advertising program.

Many B2B organizations like placing branded articles. They see many benefits to this type of marketing:

Those are the pluses. But here are two things B2B organizations should know about branded articles:

A traditional article is either written by the publication or is earned media. Earned media is when a communications professional like myself “pitches” an article idea to an editor. If the editor accepts the idea and publishes the article, that is referred to as earned media. No one pays for the article placement

Typically, these articles are not promotional the way branded articles can be. Instead, they are designed to be educational and present someone as a “thought leader” in their industry. Becoming a thought leader builds trust, interest in the thought leader’s company and services, and ultimately, leads to sales.

According to a study by the Institute of Public Relations published in July 2019, (link to the study) when 1,500 consumers were asked to view articles written by journalists, earned media articles, newspaper advertisements, and branded articles, this is what was revealed:

Given the lack of credibility attached to branded articles, the benefits of such ads would seem to be greatly diminished. B2B advertisers are encouraged to crunch the numbers before investing in this form of marketing. They may find more success with earned media article placements.