You are here: Home / Results / Client-Published Articles / Can Churches Afford Not to Embrace Sustainability?

Can Churches Afford Not to Embrace Sustainability? was published for The Ashkin Group

Recently, what is the largest, family-operated distributor in the Pennsylvania, New Jersey, and Delaware areas, became involved with a program sponsored by ISSA, the non-profit worldwide cleaning association. The program, the Distributor Efficiency Analytics & Learning program, better known as DEAL, is designed to work with distributors, helping them reduce their environmental footprint and in so doing, reduce operating costs. The program involves electronically measuring and monitoring the use of fuel, energy, water, and other metrics using a cloud-based “dashboard system.” It also includes a “behind the scenes team,” reviewing the metrics as they come in. 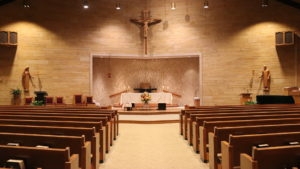 Shortly after joining the program, the system noticed that every August – like clockwork – trash removal charged was going up $200 a month. There was no explanation for this on the billing statements, and in most cases, the rate hikes slipped under the radar. The distributor paid them without question.

The dashboard team noted that the distributor was already paying more for trash removal than other members of the DEAL program. This alone drew red flags, but with the annual rate hikes, it became clear, this situation had to be looked into. The distributor contacted the trash removal company which reversed the $200 yearly rate increase and taking things a step further, suggesting ways to further lower their trash removal charges by reducing the number of pickups per week and opting for larger trash bins.

With these changes implemented, the distributor found their waste removal charges were reduced by $17,000 in one year, all the results of getting involved in the DEAL program and becoming more sustainable-focused. We should note that while the DEAL program is designed for distributors, all types of facilities are now using dashboard tools to help monitor, measure, and reduce their use of natural resources, and this would include churches as well.

Reducing operating costs is just one of the reasons that churches should become more sustainably-focused.

But it is crucial.  In fact, many observers believe reducing operating costs are now he number one driver for building owners and managers, including those involved with churches, to get on the sustainability bandwagon.

A study, Green Building Performance: A Post Occupancy Evaluation of 22 GSA Buildings,  has further verified the savings are possible. While the study is a few years old, it is considered one of the most in-depth ever conducted.  It involved 22 federal buildings in the U.S. operated by the General Services Administration that had adopted green and sustainability measures.

As reported, the study found that “on average, the representative buildings chosen from GSA’s portfolio regularly outperformed national averages of building performance data. These buildings use less energy and water and cost less to maintain, as well as emit less carbon dioxide and have more satisfied occupants than conventionally designed buildings.” *

*”The Cost of Green Buildings,” by Jeanelle Penny, published in Buildings.com, March 20, 2012

You may also be interested in How Churches Can Reopen Safely in During the Pandemic or Green Cleaning, Cost Savings, and Chemical Management Systems