AlturaSolutions turns words into sales. This thought leadership article on climate change, was published for The Ashkin Group.

Many people do not realize that climate change denial is very similar to steps the tobacco industry took 70 years ago to deny cigarettes are bad for our health.

In 1953, the news that cigarettes are carcinogenic was not new information. In the 1930s, German scientists reported that cigarette smoking could cause lung cancer. However, it is what happened next that makes December 15 of that year so fateful. 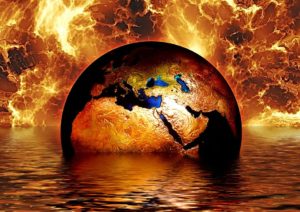 On that day, presidents of America’s four largest tobacco companies convened in New York City with John Hill, founder of one of the largest public relations firms in the country. Hill discussed what steps the tobacco company leaders should take to defend their companies and their products. In essence, they agreed that the ultimate weapon for fighting the claims about cigarettes was to spread doubt.

This meant convince the public there was “no sound scientific basis for the charges,” and as a result, “no proof.” They agreed to tell consumers that the recent reports were “sensational accusations” made by “publicity-seeking” scientists and created an organization called the Tobacco Industry Committee for Public Information to supply “pro-cigarette information.”

“Scientific doubt must remain,” Hill said, “and it is my job to ensure it.” Although he succeeded for a while, he was fighting a losing battle.

As more studies eventually confirmed the hazards of smoking, the doubt about cigarettes came to an end. Eventually, the U.S. Department of Justice said that the entire public relations program was designed to “deceive the American public about the health effects of smoking.”

So why, nearly 70 years later, are we discussing this situation?

We are talking about it because the same scenario of spreading doubt is happening today—only this time, it’s about the causes of global warming and climate change.

The difference is that, while at least 97 out of every 100 climate scientists publishing peer-reviewed journals accept the fact that the earth is warming primarily due to human emissions, according to a report in Yale University’s, Climate Connections (June 2017), the spreaders of doubt, especially in the United States, appear to be holding their own.

One reason for this is that faith in science is not as strong today as it was 60 years ago.

“People have many places to look for scientific news and information [such as] the internet, books, documentaries, museums, or social media,” says Elaine Howard Ecklund, a sociology professor at Rice University in a Phys.org article (June 2017). “But there is a good reason to believe some look beyond scientific sources of information when questions arise about science. Some segments of the public, for example, are skeptical of the scientific community when it comes to topics like climate change, evolution, or vaccines.”

In addition to this skepticism, economic hardship is impacting large portions of the U.S. population today. The world is changing and changing fast, giving strength to the power of doubt. Many industries, along with the jobs they created, that were the driving force of America’s economy in the 20th century are now struggling to stay relevant.