You are here: Home / AlturaSolutions Newsroom / Robert Kravitz Explains Why Cutting Marketing in a Recession is a Mistake.

This article was published in Industrial Distribution Magazine on May 1, 2020

In my 18 years of experience as a communications and marketing professional, I have learned that when the economy takes a hit, one of the first things manufacturers and distributors invariably do is cut their marketing budgets.

For many, doing so appears to be simply good common sense. If no one is buying, why advertise? 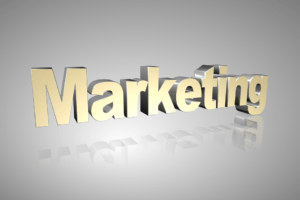 It may seem like common sense, but is it the right thing to do?

Let’s take a look at the following two marketing scenarios, both of which are studied in colleges and universities around the country.

Today, we all think of Toyota as a Japanese powerhouse. Year after year, the company sells more cars than its Japanese competitors and outsells most brands made in Germany and the United States. However, that was not always the case.

In 1973, during the oil crisis, Toyota was struggling to make headway in the U.S. marketplace, as were Honda and Nissan. These cars were all very fuel-efficient in their day, surpassing most cars manufactured in the U.S. However, Japanese automakers were grappling with negative “quality control” publicity, which was hampering sales.

Once the oil crisis took hold, the United States and many parts of the world went into a 17-month recession. Honda and Nissan decided to pull back on their advertising during the recession. They believed this would help improve their cash flow. Once the economy started picking up, they would increase marketing, with an emphasis not only on fuel economy but also on quality.

Toyota took a different approach. Initially, the company was tempted to cut advertising and marketing and even considered dropping its ad budget entirely.

But they resisted. Company executives adhered to their quietly held, long-term strategy not to cut marketing in a downturn. Not only did they continue their marketing efforts, but they increased it in specific markets.

By 1976, when the recession was officially over, sales of Toyotas far surpassed Honda and Nissan, and neither of these automakers has ever caught up. Plus, Toyota topped Volkswagen, then the best-selling import in the United States.

Today, everyone has heard of Pizza Hut. But just like Toyota, the pizza chain was not a household name among consumers 30 years ago. At the time, McDonald’s was by far the most significant player in the fast-food industry.

Once again, change was coming. When the Gulf War began in 1990, it quickly resulted in a recession that gripped the United States for more than a year. McDonald’s, confident this recession would have little impact, dropped its advertising and promotional budget entirely. Pizza Hut, on the other hand, increased its budget significantly.

Once the country was out of recession, marketers looked back to see what impact—if any—these different marketing strategies made on sales. What they found was that during the recession, McDonald’s sales declined by 28 percent. Pizza Hut sales increased by 61 percent.

And that’s not all. The fast-food chain Taco Bell also decided to increase its marketing budget during the recession.

When all was said and done, its sales had increased by 40 percent.

We could provide more examples, going back to the Great Depression. But in case after case, while there may have been additional factors at play, the main reason some manufacturers and organizations came out stronger after an economic downturn is that they continued marketing during it.

More on marketing in a recession can be found here.