You are here: Home / Blog! / Does Your Product Create a Craving?

In 1996, and totally by accident, a Proctor and Gamble scientist developed what was to later become Febreze, a product that could eliminate odors when sprayed on fabrics. As soon as the executives at P&G found out about the product, they were sure it would be a hot seller and make the company a fortune. After all, there really was nothing like it on the market at the time. 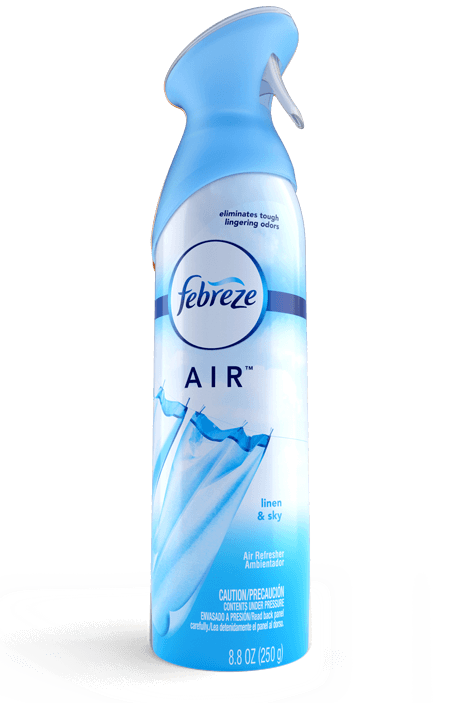 Within two years, they released Febreze and began an advertising and public relations campaign emphasizing how it kills odors. They sent out coupons for the product and gave samples away at various supermarkets around the country. Then the P&G marketing department sat back and waited for the sales to come rolling in.

While there was some interest in Febreze when it was first introduced, the interest – and sales – soon fizzled. P&G and its marketing department were completely baffled: the product was good, reasonably priced and, as mentioned earlier, about the only product of its kind on the market.

Disappointed and concerned about the millions of dollars the company had already invested in launching the new product, the marketing department started interviewing people who had used the product to find out, firsthand, what they thought about Febreze. What they discovered was a bit of an eye-opener. The following example was repeated in a variety of different scenarios:

A woman with nine cats had purchased a can of Febreze. When P&G’s marketing people went to visit her, they gagged as soon as they entered her living room. The cat smell was overpowering.

They asked the woman what she thought of the cat smell in her home and if she was using Febreze. To their surprise, she said, “The odors usually not a problem for me. I really don’t smell anything.” She added that she had only used Febreze a couple of times.

The P&G people then went to interview another woman who used Febreze frequently. Her home was immaculate, there were no pets, and her home smelled fresh and clean.

They asked her why she uses the product as often as once per day. Her response: “I really don’t use it to kill odors…a couple of sprays [after] I’m done cleaning a room is a nice way to make everything smell good as a final touch.”

They then found that other people who liked Febreze did not use the product to kill odors, as it was intended, but liked it because they felt it gave their house cleaning “the final touch,” ensuring their homes not only looked clean but smelled clean as well.

P&G went back to the drawing board, added more fragrance to the product, and relaunched Febreze as a way to leave homes smelling clean and fresh after cleaning, and by the way, also to kill bad odors.  They wanted to create a craving for Fabreze. This time the product and the marketing program worked, and within a year customers spent more than $230 million on the product.

So what can we learn here?  It’s all about craving.

While not encouraging the addition of scents to cleaning chemicals, it does appear that for a product to become a hit, it has to do more than just clean effectively. There has to be some sort of reward for end-customers so that they emotionally crave the product and want to use it again and again. In this case, Febreze made homemakers feel their homes smelled as clean as they looked.

Making a product that people crave – or making people having a craving for your product – is essential to its success. This comes about when the end-customer realizes a clearly defined reward by using the product. The challenge for marketers, then, is to determine – and promote – not only the obvious benefits of a product but also the powerful yet less obvious attributes that cause people to crave the product.  In other words, you have to create a craving.