You are here: Home / AlturaSolutions Newsroom / Floor Care and Phasing Out the Mop

A study released in September 2010 regarding cleanliness and kitchen floors may have more sweeping ramifications than anticipated when it comes to phasing out mops and protecting human health, especially in facilities such as corrections buildings that have large populations living in relatively small quarters. Leeds Metropolitan University Faculty of Health Department, located just outside of London, England, conducted the study.

According to the researchers, kitchen floors in student housing were tested for bacteria counts and were found to be more contaminated than public toilet seats. In an average sized student kitchen floor, for instance, an estimated six million types of bacteria were present. Surprised at the high bacteria count, the researchers then studied kitchen floors in other types of housing and residential locations, such as homes occupied by single professionals, retired couples, married couples without children and couples with children and pets. 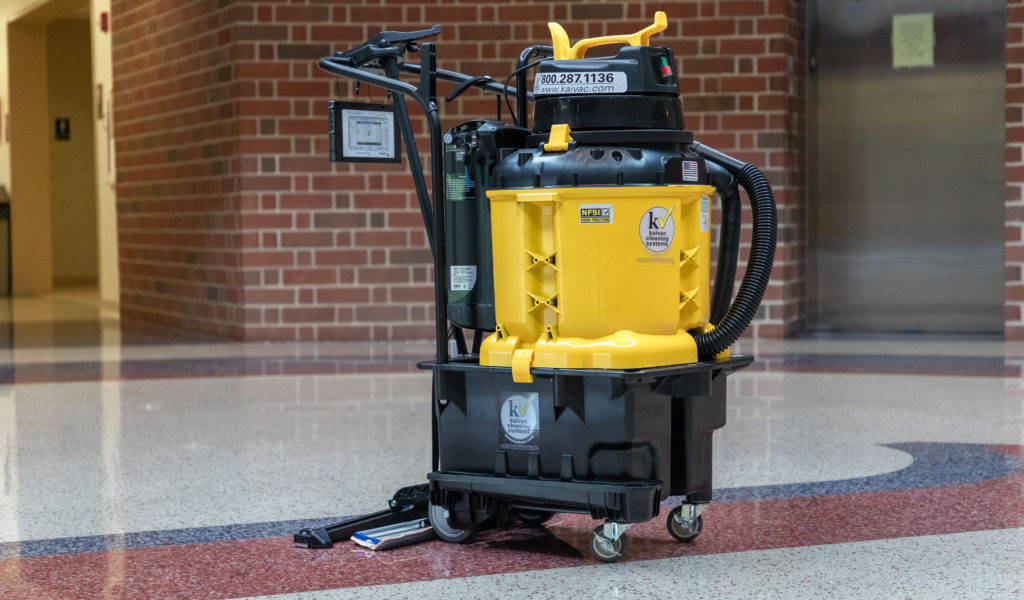 The researchers actually discovered that the married couples with children and pets had the most contaminated kitchen floors—even more than the students’ floors. Although bacterial contamination was found on all the floors in varying degrees, single professionals and married couples without children had the “healthiest” floors.

The findings were one thing, but why the problem exists and to such a high degree turned out to be a completely different issue. Further, it is something that was unanticipated and has ramifications for the health of correctional facilities.

Apparently, the tools many facilities use to clean floors—mops and buckets—are key culprits in spreading bacteria. In fact, in some cases, “the floor was actually more infested with bacteria after the floor had been mopped,” wrote the researchers. “The mop head tested was found to contain more than eight million bacteria per 100 cm2.”

In medical facilities, concerns about how healthy and clean floors should be and how much they can impact occupant health are actually somewhat controversial. For instance, some housekeeping guidelines for hospitals and related care locations indicate the greatest amount of concern should always be placed on high-touch areas, such as light switches, countertops, ledges, manually-operated restroom fixtures and controls, etc. Floors actually come in pretty low on the list of attention-deserving surfaces.

And, as far as how to actually clean the floors, one infection prevention guideline for a medical facility instructs the following as the most common and preferred methods:

Single-bucket (basin) technique: One bucket of cleaning solution is used. The solution must be changed when dirty. (The killing power of the cleaning product decreases with the increased load of soil and organic material present.)

These are essentially the same ways floors are cleaned in a correctional facility. But, are these really the most effective ways to clean floors and should we be more concerned about the health and cleanliness of floors than some medical housekeeping guidelines now suggest?