You are here: Home / Blog! / Here’s a Way to Track How Often Words are Used

Because I am in the words business, it is fascinating to me that we now have ways to track how often a word, name, or term has been used from the 1800s in to the 2000s. Possibly, you too will find this fascinating. 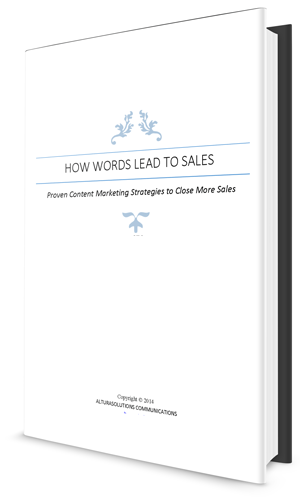 I’ll tell you more about it down the road, but what you need to know now is that the system tracks how often English words are found in print. This would likely also indicate how often they were spoken and how important they were to people and our society at specific times in our history.

For instance, because most of my clients are in the professional cleaning industry,  let’s start with our title word, “janitor.”

Unlike some words we shall discuss, the word “janitor” has been found in print “somewhat” frequently going back to the 1800s. However, all of a sudden in the 1920s early 1930s, it took a big jump up in usage.

It’s very likely because the professional cleaning industry became established during this time in our history. Want proof? ISSA, the worldwide cleaning association, dates back to 1923. Most likely, it saw its first real membership growth in the 1920s, early 1930s.

Let’s check out a few more words and how often they are used.

We can examine their frequency trends, and then try to understand what might have happened or is happening now to make that word be used more frequently:

Resilient. A commonly used word today, “resilient” was rarely found in print from about 1800 to the early 1900s. By 1920, however, it made a big leap in frequency of use. Wonder if World War I had anything to do with that because there was another big jump in the early 1940s, during World War II, and then it tailed off. During the war years, people who spoke the English language were faced with many challenges, and to move forward, they had to be resilient.

After World War I, the use of the term resilient declined. But look what has happened since.

Starting in the 1990s, the word “resilient” is again used very frequently. This may be not only because of challenges worldwide but also personal challenges. Compared to the 1950s, the concepts of job, marriage, and financial stability were essentially out the door by the 1990s.

Worry: Similar to “resilient,” the word “worry” was infrequently found in print until the 1920s, but holyshmoly, by 2000 it’s essentially off the charts. Worry is big business today, that’s likely one reason it’s such a popular term.

Slip-and-fall: Now we are getting very industry specific. No one was talking about slip-and-fall accidents in the English language until the 1960s, but by 2000 it is frequently used.

Dysfunctional: Interestingly, the English-speaking people do not appear to have been dysfunctional until the early 1960s, if you go by word use. We were still mostly holding it together into the 1980s, but by 2000, well, it’s not off the map as to frequency, but it’s getting there. I’ll let you decide what could be causing this. Another interesting note about this word: dysfunctional first entered the dictionary in 1916, thanks to developments in popular psychology. But it took almost century before anyone ever used it.

As for how to find out more and play around with this, the reference for word frequency stats can be found here: Google Ngram Viewer.

Here’s an article on the power of words that might interest you.