You are here: Home / Results / Client-Published Articles / History of the Green Certifications

History of the Green Certifications was prepared for client GreenSeal

Almost 35 years have passed since the concept of certifying manufactured goods as green first evolved.  This involves a variety of products, anything from window cleaners and paints to glues and adhesives. With so many in today’s Green and environmental movement being in their twenties, it might be worthwhile for them, and all of us, to review the history of third party certifications, specifically as they refer to green products. 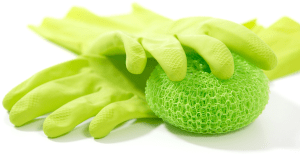 The push toward healthier foods and environmentally safer products emerged with the modern environmental movement of the 1970s. While there was initially great enthusiasm for this movement, by the 1980s only a limited number of products in the United States touted the green buzz words of the day, such as “organic,” “ecological,” or “environmentally friendly,” in their marketing.

However, in the early 1990s that began to change and it appears a number of factors played a role. One such factor had to do with reliable research in the field. More and more studies emerged regarding indoor air and environmental quality. Invariably, these studies found that when products are used that have less impact on the indoor environment, building occupants and/or tenants as well as custodial and other building workers, experience significant health and productivity benefits.

Further, by the late 1990s, concerns about global warming, climate change, natural resource depletion, and the potentially negative impact some everyday products have on health and the environment began to take hold. People were beginning to see real effects of these issues, and more consumers, both home and business, began expressing a desire to select products that were more earth and health friendly. Manufacturers in scores of industries heard this call, and by the start of the 21st century, green had become much more mainstream.

Yet none of this could have happened without third-party certification. It was the missing link required to build consumer trust in Green products.

How could consumers be sure what they were buying was genuinely Green? Going back to the 1970s, before certification programs, manufacturers would often “self-certify” their products, calling them green. In some cases these green claims may have been accurate, at least according to the best information and laboratory data of the time; however, in many other cases the claims were based on misleading or irrelevant claims.  In some situations, the terms or buzz words used to identify a more environmentally responsible product were simply applied to help market the product. In these cases, there often was little or no evidence to support the claim.

The unfounded or faulty claims caused confusion, and confusion can lead to consumer mistrust. To protect the movement and the consumer, it was clear that third-party certification would have to be implemented.

In the late 1980s, Green Seal, one of the pioneers in scientific, third-party certification in the United States stepped up to the challenge. Later other certification organizations emerged. Suddenly consumers had third parties to rely on that would specify whether the products they purchased were actually green. Over time, the impact of certification would be felt by manufacturers and consumers the world over. In fact, it is possible the entire environmental movement could have come to a screeching halt – or at least slowed considerably – without these trailblazers.

What Green Certification Is

So what does third-party certification really mean as it pertains to Green products?

As defined by the EPA and ISO (International Organization for Standardization), third-party certification is applied to products that meet, among other things, the following key criteria:

Additional criteria, standards, and attributes that are also often included when understanding green certification include the following:

We should note that while third-party certification evolved as a way to help consumers identify genuinely green products, it has proven to benefit manufacturers as well. For instance, knowing the standards and criteria for green certification helps the manufacturer identify what ingredients can and cannot be used to manufacture a product. In essence, it helps them understand the green ground rules so that they can manufacture accordingly.

Additionally, it helps companies market the product. Once a product has been certified, the manufacturer may proudly display the eco-label of the certifying organization on its products and marketing materials. This provides the third-party verification manufacturers seek to prove that their products are in fact green and safer for human health and the environment.

In the past few years, we have started to see an evolution in green certification. From helping purchasers make green buying decisions based on scientific fact as well as helping manufacturers understand what criteria must be followed to make those products, some certifying bodies now also consider sustainability and a sustainable economy in their assessments.