Several years ago, two hospitals in the Northeastern quadrant of the U.S. merged, creating one of the largest hospitals in the area. On top of merging, to accommodate the additional patients and added staff, plus provide other services for the community, nearly 150,000 square feet of patient care area was added to the hospital. Also, more than $100 million was spent over five years to expand further and modernize the 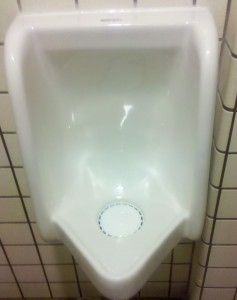 “Considerable planning went into this expansion,” said the hospital’s facility manager. “We also wanted to do our part in making the hospital much more sustainable and water-efficient.”

Water usage is a big concern in most medical facilities. Hospitals are one of the most significant users of water in North America. According to the Environmental Protection Agency (EPA), hospitals use 315 gallons of water per bed per day. This averages out to more than 55 gallons of water per square foot, one of the largest amounts of water consumption for any type of facility in the country.

In the past, medical facilities, including very large medical facilities like this, have not been pressured to reduce water consumption. However, that free “raincheck,” as we can call it, is now ending. Hospitals around the country are being asked – just like everyone, businesses and consumers alike – to do their part, reduce water consumption, and use water more efficiently.

“A few years ago, we were using more than 43 million gallons of water per year,” said the hospital manager. “Unchecked, this would grow significantly with the expansion.”

One way this hospital decided to reduce its water usage was by installing 18 waterless urinals, manufactured by Waterless Co. Inc, Vista, CA. Waterless, is the oldest manufacturer of no-water urinals in the country, having become an icon in the industry.

Instead of using water to flush away urine, a waterless urinal uses gravity to drain urine into a vertically-designed trap, also known as a cylinder. The cylinder sits atop the drain area at the base of the urinal.

It is one of the most important, if not the most essential part of a waterless urinal, because it forms a seal to protect indoor air quality in the restroom. Filled with a thin layer of liquid sealant, the cylinder and the liquid sealant prevent odors from escaping into the restroom. As the urinal is used, urine overflows into a drainpipe below, similar to traditional urinals.

There is no flushing and no need for flush handles, which by the way, are the part of a conventional urinal that most often needs servicing. Further, especially important in hospitals, no touching of flush valves helps reduce bacteria counts in the restroom.

As far as an investment, studies indicate that the customary return on the investment (ROI) of installing waterless urinals is about two to three years. This can vary based on the water-related utility charges around the country; however, the bottom line is that the ROI is relatively quick.

Further, as to ROI, we should point out another factor that often comes into play, which this hospital is also enjoying. There is what is often called, the energy/water nexus. It takes energy to deliver and remove water from a facility. The less water used, the less energy required. Saving 540,000 gallons of water per year by just installing 18 waterless urinals is likely reducing this hospitals energy bill as well.

More on Waterless Urinals can be found here.