In the past ten to 15 years, more retailers such as megastores have been opening up pharmacies in their stores. One of the effects of all these new pharmacies was that more traditional pharmacies, such as CVS, were having difficulty in finding and attracting new pharmacists. Further, the Bureau of Labor Statistics was predicting that there would continue to be a shortfall of pharmacists for many years to come. 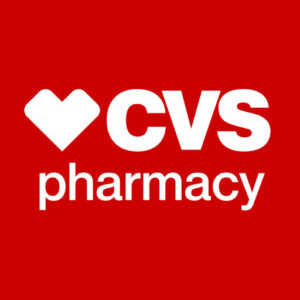 Due to this increased competition for a limited number of pharmacists, in 2005 the drug store decided to launch a PR program designed to recruit older pharmacists (those over 50) as well as pharmacists who had already retired. CVS believed this program would not only help it find new pharmacists but also bolster its commitment to the communities it served.

To see if such a program would even work, the PR company the drug store hired conducted research studies to find out if these older workers would be interested in changing companies or, in the case of retirees, returning to the workforce. For the most part, the studies indicated that they would.

So, with this knowledge in hand, the PR firm set out the following strategy for CVS’s recruitment program for older workers and, specifically, older pharmacists:

Hiring a Celebrity Spokesperson for CVS

In implementing CVS’s recruitment program, the PR firm decided against hiring a celebrity spokesperson. Instead, it turned to the current mature staff at CVS to be the spokespeople—telling other mature workers about the virtues of working for CVS.

Among the next steps for implementing the recruitment program were the following:

The recruitment program went into full force in 2006, and from January to December of that year, nearly 40 articles were published discussing the CVS program, highlighting the fact that CVS was looking and eager to hire experienced pharmacists and other workers.

The PR firm found that, along with the numerous articles, there were more than 36 million media impressions about the CVS recruitment program, plus discussions about the program in scores of national, regional, and trade publications. These media impressions jumped to about 200 million from 2006 to 2007, a very significant jump for a PR program that was only two years old.

While CVS’s program to hire mature pharmacists and workers likely got more media coverage than anyone expected, what about the results of the program for CVS?

“The [program] also helped to show current employees, customers, and stakeholders the ways in which CVS is a leader in workforce development,” added a spokesperson for the PR firm in charge of the CVS recruitment program.

Not only was CVS satisfied with the results, but this PR program was essentially done on a shoestring budget. This shows that PR can be not only powerful and effective, when compared to many other traditional marketing avenues, but also considerably less expensive.

Quotes on the power of PR can be found here.