You are here: Home / Blog! / How Public Relations (PR) Made McDonald’s

Although it has had its share of rocky times, no one can deny McDonald’s has been an unbelievable success. When it was started in 1955 by Chicago milkshake salesman, Ray Kroc, the company was struggling. Kroc had a small office in a less-than-appealing Chicago office building and decided not to pay himself a salary. A clever idea, since there was not enough money coming in to do so.

At that time. Kroc had a vision of franchising McDonald’s throughout the Chicago area. Al Golin, a young public relations professional, contacted Kroc, and together they set out to make it happen. Kroc was so impressed with Golin and his small firm that he hired him for $500 a month, the equivalent of about $4500 today.  Golin told Kroc he had to create a “trust bank” for McDonald’s, what we would call today, a “brand.” 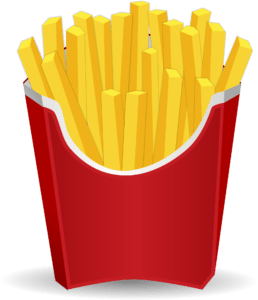 You create brands by telling a “story.” That’s what McDonald’s did and with more than 35,000 franchises and after billions of hamburgers sold, it’s clear this story has certainly paid off.

Long before “cause marketing” and social responsibility were considerations, especially when it came to branding a company, Golin encouraged the McDonald’s Corporation to do things that would make it stand out as a firm that gives back to the community.

Among his public relations initiatives for McDonald’s were the following:

1.The creation of Ronald McDonald Houses. An entirely new concept was established so that the parents of seriously ill children that required treatment in distant hospitals would have a place to stay at minimal or no cost while the child was under treatment.

2. Start the McDonald’s All-American High School Basketball Games, which bring all-star boys and girls basketball teams from the U.S., and now Canada, to compete. Some say these games are what got women’s basketball off the ground.

4. The creation of Hamburger University. Golin wanted McDonald’s customers to know that the young people working at their restaurants had been professionally taught to make hamburgers that were safe, healthy, inexpensive, and good to eat. Among the key principles taught at Hamburger University was to anticipate crises. “Fix it before it breaks,” was their favorite aphorism.

Creating a Brand with PR

The steps Golin took went far beyond the usual press release used to promote a company or get editors to write about McDonald’s. What he did was to turn McDonald’s into a brand that told Americans:

These steps were effective and, by the 1970s, just about everyone in the U.S. had heard of McDonald’s and people throughout the country wanted to be a part of this success story and were buying franchises.

In his memoirs, Kroc wrote, “we would never have made it without [Golin’s] help. We were immature amateurs with virtually no friends.” He went on to say that Golin and his colleagues “deserve a lot of the credit for making McDonald’s a household word.”

There are several takeaways from this story. For instance, if Kroc couldn’t even pay himself a salary, how was he going to pay for advertising, which was even more expensive at that time than it is today. Remember, the 1950s was the “golden age of advertising.” Everyone wanted to advertise at about any cost. So, with no money, the only option Kroc had was to turn to much more economical PR to get the word out about his firm.

Another thing to remember is, it’s usually less expensive, more powerful, and longer lasting to create a vision about a company using PR than advertising. A company vision is typically something that is inspiring. It helps make customers, as well as their employees, feel good about a company.

You create visions by telling a “story” about a company. That’s what Golin did for McDonald’s. And today with more than 35,000 franchises and after billions of hamburgers sold, it’s clear this vision certainly paid off.