A company few of us have ever heard of – and in need of an inbound marketing strategy – is called Entersekt.  Based in South Africa, this company has developed what are called second or “dual factor” authorization systems.  These add an extra step to your login information to verify you are you.

While sending a text to your smartphone is the most common way this is done, the company has developed other options as well, depending on the security concerns and level

It’s a good service and those companies that have started using it have nothing but praise for it.  But here’s the problem: other than a relatively small group of happy customers, few organizations that could take advantage of the dual factor authorization features Entersekt has developed have become customers, mainly because they have never heard of the company. 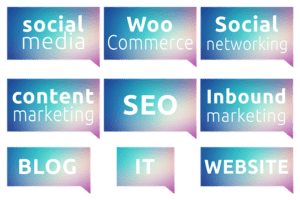 To turn this around, looked into inbound marketing strategies.

Their first step was to identify their inbound marketing goals.  These are what they came up with:

To get the program up and running, the hired a public relations agency to first identify the potential customers for Entersekt.  From banks and government agencies to software developers, it appears the opportunities were endless. Just getting their attention was what the agency set out to do.

The next step was to create a highly relevant white paper of how the company’s services had protected its clients and their customers. The white paper was of course placed on the Entersekt website, but it was also distributed using a number of social media channels that its customers follow.

A press release was then sent out about the white paper using a major newswire service. Sure enough, the news story was picked up by scores of publications including the Wall Street Journal discussing the company and more importantly, the white paper.

Right away, the company enjoyed considerable growth in web traffic.  This was followed by prospects contacting the company asking for more information on the firm and the services it had to offer.

But that was not the end of the inbound marketing program.

The public relations agency then began an active marketing content creation program.  Essentially this is a form of blogging, offering helpful, and targeted educational content, videos, infographics, etc., on the company website.   Again, these were spread using social media outlets and the blogs were all search engine optimized so they could be found online.

An outbound email campaign was also started and after a few months, the effectiveness of all the programs were measured and monitored to evaluate their results.

And what were the results?  Among them were the following:

Finally,  Entersekt reported since the implementation of the inbound marketing strategy and the integrated content marketing and public relations program, interest in the company is “remarkably higher than a year ago,” showing once again how words can turn into sales.