When Kaivac first introduced the “no-touch cleaning” system more than twenty years ago, few understood what this meant. After all, how can you clean restroom fixtures, which the product was initially designed to clean, without touching contaminated surfaces? 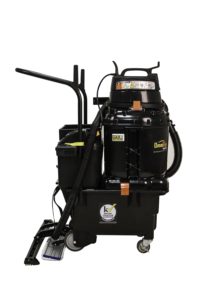 While Kaivac has always been a believer in advertising, they realized that the company had to add another element to their marketing strategy to help end-customers understand the benefits and value of no-touch cleaning technology.  This is when AlturaSolutions was brought into the picture.

They asked us to help in the following four ways:

This was an excellent opportunity for AlturaSolutions. The power of public relations and corporate communications is to go into detail describing a product, its features, benefits, and value. This can be hard to accomplish with advertising and other marketing mediums.

Further, advertising can be expensive. It now is believed an advertisement must be repeated six to as many as nine times before a manufacturer can evaluate its effectiveness. If a single ad costs $3,000, this means an advertiser may spend as much as $27,000 to see if that one ad brought in any sales, an amount that is far more expensive than communications marketing.

Our first job was to explain how the cleaning system works. To accomplish this, we attended a “boot camp” presented by Kaivac. This intensive training program went into detail on how the machines work, how to use the equipment, where to use it, and when to use the equipment. The benefits became apparent from the start. A comment frequently heard by others in the boot camp was how fresh and clean restrooms smelled after using the Kaivac no-touch cleaning equipment.

The boot camp also discussed why the no-touch cleaning system was invented. The CEO of the company did not want cleaning workers to get down on their hands and knees to clean toilets. He wanted that work to be performed not only more effectively, but also more professionally. This is why the technology was invented.

To help promote no-touch cleaning, we presented studies by independent organizations that proved the Kaivac cleaning system was fast and effective. For instance, ISSA, the leading trade organization for the professional cleaning industry, reported surfaces could be cleaned in about one-third the time using, what they called, the spray-and-vac cleaning method. Spray-and-vac is an industry designation for no-touch cleaning.

Other independent studies, using several types of scientific tests and monitors, also found that surfaces were more thoroughly cleaned using the no-touch system. Again, these benefits were repeated regularly in all articles when discussing the technology.

While promoting the no-touch cleaning system, another benefit of the technology was realized. As early as 1971, public health officials reported that mopping floors spread contaminants on floors. Recent studies have confirmed this.

With the no-touch cleaning system, no mops are used. Fresh cleaning solution is always dispensed by the machine and everything, cleaning solutions and soils, are removed in the cleaning process. The result: floors are left cleaner and healthier.

During the 20-years Kaivac was our client, we:

We are proud to have helped Kaivac promote the many benefits of this cleaning method, which in many ways has revolutionized professional cleaning.

We create content that helps thought leaders turn their products, services, and expertise into business opportunities.

If you are a Thought Leader, individual or organization, ready to take your brand to the next level and would like AlturaSolutions to launch a strategic national PR campaign, let’s connect!