You are here: Home / Blog! / It’s B2B Inbound Marketing that Makes the Sale

However, I knew B2B inbound marketing had truly arrived when I visited my uncle in Florida last summer. 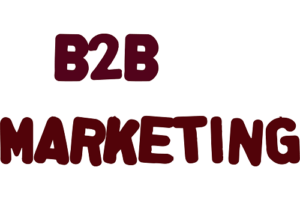 In his 70s, he still reads the Wall Street Journal—in print—every morning. He also likes magazines and has three or four mailed to him every month.

In the past, when he wanted to purchase something, a car, for example, he would look at the advertisements in these different publications and when he found a car he liked—and believed he could afford—he bought it.

True, he had a couple of brands he preferred.  But he did not read up on any cars, did not ask anyone’s advice, and did not visit different dealerships and compare brands.

Once he made up his mind based on the advertisements, which is a form of outbound marketing, the only thing that could change his mind is if he took the car out for a test drive and did not like it for some reason. That rarely happened.

However, things changed when he decided to purchase an LED TV. He did not know much about them. Seeing them advertised had virtually no impact, other than to reinforce the fact that he wanted one.

He went to manufacturers’ websites to see what they had to offer but found the sites of little value. Mainly, they were just advertising brochures and most used terms and terminology he did not understand. As usual, he did not ask anyone about them or even if any of his friends had one.

However, what he did do was read everything he could find about LED TVs. He read up on them using all kinds of sources, from articles in publications to blog posts. He searched for videos discussing LED TVs and even found one—from a 17-year-old boy no less—that he believed was the most informative. This young thought leader mentioned a brand he thought was best and, based on his recommendation, my uncle bought that very same LED TV.

This is the most potent example of inbound marketing I have run into in quite a while.

Outbound marketing has very simply lost its sheen. Advertisers are trying just about everything they can to generate sales for their clients, and yes, a great deal of it is working. But it wears off quickly.

Branded articles, which have become so common, are a prime example. Now, just about everyone who reads a branded article, also known as a “sponsored” article, knows that it is an advertisement. Further, knowing this, the credibility of the content can take a significant hit.

Some recent studies have revealed that when people read a credible article that helps them make a purchasing decision, they feel a sense of relief, knowing it is not a paid or sponsored article.

So, when it comes to B2B inbound marketing ,what does this tell us?

B2B marketers are urged to follow a two-step program when marketing their products, especially if it is a new product introduction.

The first step is outbound marketing. Advertising still has a major role. It helps get the word out about a product, especially a new product, so yes, it is essential.

But once that is done, B2B inbound marketing takes over. When people start to read about the product, understand its value, and how it can help them, that’s when the sale is made.