Knowing, Doing, Hoping and Sustainability was published for The Ashkin Group

According to a research report published in May 2017 by the MIT Sloan Management Review,* 90 percent of companies around the globe consider a sustainability strategy necessary to remain competitive. Among the leaders in this sustainability movement include well-known firms such as Nike and Adidas, Unilever, Nestle, Walmart, IKEA, BMW, Toyota, and retailer H&M. 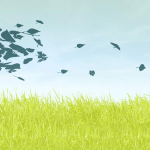 We also find that while many companies and company leaders around the world are putting greater emphasis on sustainability – viewing it as key to their future competitiveness and profits – a gap appears between “the knowing” about the importance of sustainability and “the doing,” of taking actions.

This comes back to the old quandary of people and organizations “talking the talk,” but not necessarily “walking the talk.” Those companies that stand out when it comes to their sustainability efforts have managed to close this gap. They are living out their beliefs; however, getting there was not necessarily easy. They followed a variety of steps to close the gap.

The following are examples of the steps these organizations have taken, many of which can also be implemented by jansan organizations in the process of closing their own knowing/doing gap:

Connecting the Sustainability and Strategy Dots

An organization may be very sustainability-focused, but when they find it might result in cost increases, the sustainability strategy can become fragile.

Toyota faced this situation as it grew into a powerhouse, manufacturing hybrid cars. These cars are very dependent on rare earth minerals, which are becoming increasingly costly. Hybrid cars already tend to be more expensive than traditional gas-using cars. Further increasing costs might hamper sales and profitability. To address this, they developed alternative engine technologies that are far less dependent on these minerals, keeping costs down, sales up, and remaining sustainability focused.

About twenty years ago, Nike faced boycotts and public anger not only from customers but from many of its vendors. Since the 1990s, the company had presented itself as sustainability-focused and supportive of human rights. It turned out some of their suppliers around the globe paid very low wages, conditions were poor, and environmental concerns were a back-burner issue if they were considered at all.

Since then, Nike has selected new suppliers that share their corporate views. They publish reports revealing where their products are manufactured, how workers are paid, what benefits they receive, working conditions, and the sustainability programs in place. The result: Nike has returned to the top of the mountain when it comes to being a sustainability-focused organization.     Some other ways to close the gap include the following:

Another way for companies to practice sustainability is through open communications with their staff, vendors, and customers. This is why I encourage jansan distributors involved in ISSA’s DEAL program as well as others incorporating sustainability initiatives into their business operations to let everyone know. They must be open to discussing their successes, accomplishments, as well as what they still plan to accomplish. They will be respected and honored for doing so.

Get the Board on Board

The Power of One

We are in a difficult period right now when it comes to closing the knowing and doing gap and sustainability in general. Actions now being taken on the Federal level are encouraging organizations to forget the gap entirely. However, I believe this will be short-lived. Thirty years ago, we were discussing climate change. Now we are witnessing climate change. We now realize the importance of sustainability firsthand.

*This report was carried out between 2009 and 2017 by MIT Sloan Management Review in partnership with The Boston Consulting Group (BCG). Executive and management respondents came from a broad mix of industries, 118 countries, and totaled over 60,000 respondents.