You are here: Home / Results / Client-Published Articles / A Little Nudging Goes a Long Way When It Comes to Water Efficiency

Some of the technological advances in recent years regarding water efficiency have been quite amazing. For instance, scientists have re-engineered seeds, such as those used to grow fruits and vegetables, to use far less water than traditional seeds, and still produce vital, healthy crops.

Further, virtually all the water using devices found in homes and commercial buildings today, from HVAC systems, dishwashers, to waterless urinals, use far less water or no water at all, when compared to comparable appliances manufactured twenty plus years ago.

Here’s what apparently happened:  The need for water efficiency to reduce water consumption developed, and scientists and engineers stepped in to fill it.

However, when it comes to water, just having advanced technologies is not enough. In fact, it can work against us. Something called the “rebound effect” has been causing a bit of havoc for environmentalists. This is when, for instance, water-efficient showerheads have been installed in a gym shower. But because users know the showerheads use far less water than traditional showerheads, they take longer showers. This negates all the potential water-saving benefits.

So, this tells us that when it comes to water efficiency, our focus must be twofold:

Over the years, we have found there are many ways to change people’s behaviors, specifically with the use of messaging. Right now, we are continuously messaged about the need to wear masks in public and to wash our hands for 20 seconds. These messages, for the most part, are working very effectively.

Different messaging tools are also being used to nudge people into water efficiency and using less water. One that has garnered considerable attention occurred in a small town in Costa Rica.

Belen, Costa Rica, has just over 20,000 people and is a working-class community.  It has had few concerns about water 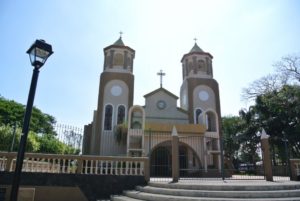 for decades, but climate change has reduced water sources.  Further, antiquated water infrastructure, which would be very costly to replace, has resulted in large amounts of water lost to leakage throughout the system.

Government leaders believed the best way to get the citizens of this town to reduce water consumption was by changing behaviors. But first, they had to overcome some obstacles. For instance, most of the townspeople knew everyone had to reduce water consumption, but most believed they were already doing their part; it was others in the community that were wasting water.

Another problem encountered is that people in this small town, just like many of us, had no idea how much water they were using each month. They knew about how much their water bill was, but had no idea how this amount translated into gallons.

Further, when they tried to read their water bills and better understand them, most found them confusing. And one more thing. As we mentioned, many people thought they were already using water wisely and that it was others that were wasting water. But based on what evidence? There was no program in place that allowed users to compare their water consumption with their neighbors or the town at large.

So, what steps did government administrators take to address these issues and change water using behaviors?

As to the water bills, steps were taken so that the bills were clearer and easier to understand. This was the foundation for the future messaging techniques that were implemented, such as the following:

The results of this eight-month program were the following:

Commented one of the researchers:

“We found that giving individuals feedback [referring to messaging] on their water reducing outcomes, relative to that of their peers, has measurable effects on water consumption. We also found that the Plan-Making intervention [referring to the post cards] prompts people to set their own goals for water conservation… helping them achieve those goals.”

While the study did not indicate how much water the entire town of Belen was using, we can assume that if water consumption was going down 1.5 to two percent over a period of months, that would have a significant and positive impact.  Further, behavioral changes often are the beginnings of a water conserving journey.  Now that the townspeople are continually looking for ways to cut back; reducing water consumption is now part of their culture.

Klaus Reichardt is CEO and founder of Waterless Co, Inc, Vista, Calif.  Reichardt founded the company in 1991 with the goal of establishing a new market segment in the plumbing fixture industry with water efficiency in mind. Reichardt is a frequent writer and presenter, discussing water conservation issues.  He can be reached at klaus@waterless.com.