You are here: Home / Blog! / My First Experience With the Power of Content Marketing

In the late 1990s, a building service contractor had his first experience with content marketing. He began pitching two books he had written on the professional cleaning industry. Once the books were written, he discovered – as he had anticipated – that no publisher was 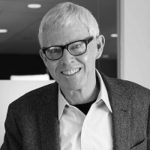 Left with few alternatives, he self-published the books and then decided to start promoting himself on a still relatively new medium: The Internet.

At that time, AOL (America Online) and some of the trade publications in the professional cleaning industry had what were then called message boards. In many ways, they were the first forms of social media. People, would exchange views, ask and answer questions, and generally converse with one another.

This fledgling author used the message boards not to advertise the books or promote himself, but to answer as many questions as possible about the industry he had been a part of for more than 25 years.

And the questions flooded in. Because he had lived this industry for so many years, the author had firsthand experience dealing with many of these issues and was able to answer them with considerable detail and as carefully and conscientiously as possible.

What happened next was truly unexpected. First, the books began to sell. Then an Internet start-up asked him to add content to their website, a site that focused on the professional cleaning industry. After meeting with the author, they offered him a job and moved him to New York, where they were based. Two years later, another new door of opportunity opened. This time ISSA, the worldwide cleaning association, offered him a job in Chicago.

This chain of events all started, not with the author advertising himself or his books, but with him being consistent, persistent, and as helpful on those message boards as possible. In fact, he developed a motto that he repeated to himself over and over again, which was to “give, give, give,” assuming that in time, it would pay off, which it did.

What this gentleman was doing is called content marketing. And the reason I know so much about him is that the gentleman is me.

The AlturaSolutions blog is where B2B marketers find expert, practical advice to help promote the value of their products and services. Our goal is to help you become a leader in your industry. For more information, contact us at solutions@alturasolutions.com