You are here: Home / Blog! / The Opportunities and Challenges of Co-Branding

To increase market share and develop new revenue streams, many companies consider co-branding. We see this all the time, but may not be fully aware that it is a form of co-branding.

For instance, many of us have credit cards such as the Chase United Mileage Plus card. The card can be used just about anywhere, but now that it is connected to United, it leverages and can significantly benefit both brands. Both brands – Chase and United – rely on the other brand’s positive image, products, and service to increase their own market share. 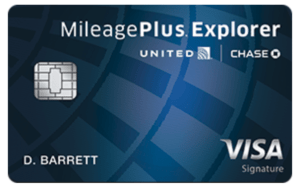 Consumers holding these credit cards are more likely to use just the Chase United Card so they can build up their miles. Chase profits from this – more customers select the card because they want to fly United – and United profits because more people are flying on its planes.

Sometimes co-branding goes beyond just leveraging the positive image of two different brands. A perfect example of this, and one of the most successful co-branding arrangements, is when Nike partnered up with Apple.

Nike knows its customers like to listen to music when they run. So they turned to Apple, to create a chip that fits into Nike shoes. The chip tells the runners how many calories they are burning, their speed, distance, etc., as long as they are listening to their music on an Apple iPod or iPhone.

But there can be drawbacks to co-branding. What if one of the co-brands has or develops a mixed or even negative consumer perception. Using our Chase/United example, this actually has happened due to recent incidents on United planes. As we all know, in April a man was dragged off a United plane because he would not give up his seat due to United overbooking the flight.

Another recent incident, which was not as widely reported, occurred in Houston, Texas. A violinist with the Missouri Symphony Orchestra boarded a United plane with her violin and was told she must check it in as luggage.

The violin was made in the 17th century and was worth thousands of dollars. This ended up causing a scuffle on the plane and according to one report, “caused the violinist to miss her flight and left her worried her hands — and by extension, her livelihood — may have been harmed.”

News reports about such incidents certainly do not present United in a very good light and caused some people earlier in the year to boycott United Airlines. If people are boycotting United, that certainly does not bode well for Chase, their co-branding partner.

Other stories of interest here.