You are here: Home / The Power of BUZZ Marketing / PR Gets Adults to Drink Chocolate Milk 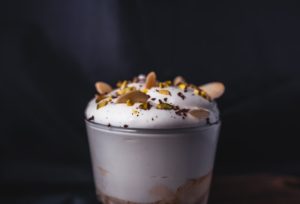 benefits, and starting about six years ago, some of the nation’s milk processors wanted to get this word out.

The way they did it is through public relations. PR is all about messaging —just what these manufacturers needed. *

What’s so great about chocolate milk?

Several scientific studies, especially among athletes, indicate drinking chocolate flavored milk after strenuous exercise is an excellent way to recover. This milk contains high-quality protein along with some other nutrients that help rebuild, repair, and reshape muscles after a workout.

According to researchers at the University of Connecticut, runners ran about 23 percent longer in their next run and saw a 38 percent increase in signs of muscle building when they drank fat-free milk that was chocolate flavored after workouts when compared to athletes who drank a carb-based sports drink. This was one of several messages chocolate milk manufacturers wanted to get out to the public to help get more adults drinking their product.

So how did their PR firm assist them in delivering their message?

• One of the first steps was to create a website, Built with Chocolate Milk, posting studies that support their claim with a big emphasis on workouts and training programs that all benefit from drinking chocolate flavored milk. When you visit the site today, it is filled with studies and commentary from people from all walks of life who swear chocolate milk has given them more strength and stamina and helped reduce fatigue after exercise.

• From here they found athletes who had already realized the importance of drinking this flavored milk after a game or exercise to become spokespersons or at least examples of its benefits. One of the first was a basketball player, Kevin Love. Others included triathlon champions Mirinda Carfrae, Craig Alexander, and Luke McKenzie. “Authenticity is key to this campaign,” says Miranda Abney, one of the marketing professionals behind the program. “[Our athletes] help us with this by delivering the chocolate milk message in their own words.”

• Advertising was also part of the mix. Thirty-second TV spots began with Love, as an example, telling viewers how his mother got him drinking chocolate milk when he was about eight years old and once he started playing basketball, “it helped me come back game after game,” full of energy to play the next match.

• While social media has had mixed results when it comes to B2B marketing, B2C marketing is a different story. Several organizations and companies have won big with this tactic. Chocolate milk is one of the success stories. The Built with Chocolate Milk campaign was soon found on Facebook, Instagram, Twitter, and YouTube and continues strong to this day.

Well, these are some of the key steps the PR agency representing the milk processors took. Did it pay off? By 2012, a year after the campaign began, manufacturers reported an 8.3 percent increase in sales over the year prior. Since then, chocolate milk sales have steadily increased each year, mainly because more and more adults no longer think of chocolate milk as a kid’s drink, but as an adult’s drink as well.