You are here: Home / Results / Client-Published Articles / Why Schools are Beginning an Energy Sustainability Journey

On average, schools in the United States are about 42 years old. Most were never built to handle the energy demands of today, nor do they have energy efficiency built into their construction or daily operations. The result is that most school districts spend vast amounts of money on electricity and related energy sources, a great deal of which could be reduced. 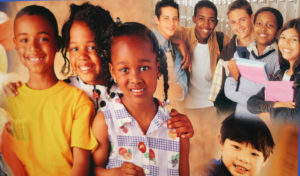 For instance, according to Energy Star®, a government-backed program, the nation’s 17,450 K-12 school districts spend more than $8 billion annually on energy consumption. The organization also reports that:

“as much as 30 percent of a schools total energy is used inefficiently or unnecessarily.”

Reducing the amount of energy consumed in our school will not only prove to be a significant cost saving but also help protect the environment. While renewable energy is playing a more substantial role in supplying power to school districts around the country, as much as 90 percent is still derived from the burning of fossil fuels. These non-renewable energy sources release greenhouse gasses into the atmosphere, which are becoming a growing threat to our world.

For these and other reasons, school districts around the country are starting, what we could call, an energy sustainability journey. Often the first step in this journey is to find out more precisely how much they are currently using.

To get a handle on consumption, some districts are using online dashboard systems that can measure and monitor not only electricity, but fuel consumption, water (a growing concern in many parts of the country), waste, as well as other metrics.

Feeding these dashboard systems with this data provides districts with a big picture, often for the first time, of where they are using energy. This is now their benchmark, and with this information, many districts have found ways to use less, start cutting costs, and protecting the environment.

If measuring and monitoring consumption is the first step in an energy sustainability journey, the next step is learning the lingo. There are specific terms district managers need to be aware of to succeed on their journey.

For instance, we mentioned earlier that Energy Star believes “30 percent of a district’s total energy is used inefficiently.” Let’s start here. What do they mean by using energy inefficiently? Further, how can we use energy efficiently?

Possibly the following can help us define these terms:

In January 2019, Consumers Energy of Michigan asked businesses and consumers to reduce energy consumption due to freezing temperatures. Things got so bad, starting one evening at 10:30, consumers were sent urgent text alerts to turn back thermostats and turn off appliances.  Consumers obliged. They began conserving energy. But once the crisis lifted, consumers/businesses went back to their old ways.

But what if thousands of consumers/businesses decided not to go back to their old ways? What if they purchased new heating systems that use far less power than their old systems, but still keep homes and offices comfy. These new systems use energy more efficiently. They can produce the same level of performance but do so with far less power.  That’s energy efficiency, a permanent reduction in consumption.

Other terms school administrators should be aware of, and why they should be mindful of them, are the following:

This term can be a bit confusing. Are these credits, deductions, or rebates handed out by a utility company or government entities? No. If a school district purchases renewable energy credits, also known as RECs, they are buying one megawatt-hour of electricity from a renewable energy source provider. Is that energy being delivered to the school? Once again, no. The funds are poured into a subsidy that makes clean energy available for consumers throughout the country.

Why should school administrators know about RECs? By purchasing these credits, districts are taking a significant step in their energy sustainability journey because they are helping energy providers build solar systems, windmills, and develop other clean energy technologies. Further, these funds are helping to reduce greenhouse gas emissions and make clean energy sources competitive. And costs are coming down. The International Renewable Energy Agency, reports that electricity from clean energy sources will likely be cheaper than power from fossil fuels during this decade.

These two terms are intertwined. Renewable energy, as we have referenced, comes from power sources that are continually being replenished, such as wind, sun, and water. These are also alternative energy sources because they are an alternative to the use of fossil fuels. Expect both of these terms to come up frequently on an energy sustainability journey.

Once again, let’s explain this term using an example. A school district has taken several steps to reduce energy consumption. Their sustainability dashboard indicates that these steps have reduced costs by 10 percent.

However, just before the Champaign bottles are brought out, the local utility company announces they are increasing electricity charges by five percent. The school district has still reduced their energy expenditures, but instead of 10 percent, it is now 5 percent. However, the big picture is that they have avoided any increase in utility costs.

This term is relevant because energy costs are likely to continue to rise. While one of our goals is to reduce costs, we must realize that some things are beyond our control. However, we still can take steps to avoid or minimize the impact of these developments.

A school district in Colorado took steps to reduce energy consumption by insisting that all lights be turned off in their schools by 6 p.m. However, the district started replacing the light fixtures in their schools with low energy LED lights use far less energy and last for years. Energy savings were immediate and substantial. In time, the district stopped insisting that schools turn off all lights, and soon after, many schools left the lights on late into the night or forgot to turn them off altogether.

While energy costs were down significantly at first, they slowly crept up to where they were before. This is an example of the rebound effect. Many times, energy efficiency systems are installed, and because administrators know less energy is being used, they lose interest in enforcing earlier steps to reduce consumption.

The reason we must be aware of the rebound effect is apparent. Just because new technologies have been introduced to reduce consumption does not mean the practical steps used before to decrease energy use should be tossed out the window.

The coming decade is likely to produce new technologies that will help us reduce our use of fossil fuels and use all resources much more efficiently. With these developments will be more new terms. Now that we have some of the basic terms under our belts, it should be a bit easier to understand the lingo of energy sustainability as it evolves.