You are here: Home / Blog! / How Marketing Content Turned Things Around for Apple

In the late 1990s, Apple Computer was in shambles. Steve Jobs had left the company a few years earlier, Apple went on a tailspin spiral, and in 1997 decided to ask Jobs to come back and see if he could pick up the pieces.

At that time, things were bleak. Instead of the many messages we hear from the firm today, about the latest innovation, the Apple headlines at the end of the 1990s ran something like this: “Rotten to the 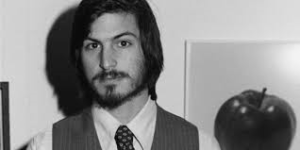 Well, Jobs did pick up the pieces and got Apple growing and on the move again. And one of the key ways he let Wall Street, consumers, and the industry know the company was back was by using marketing content developed by a public relations firm.

He selected PR because he was aware that when people read about a company and its products, they can better understand how those products can help them. But more than that, at that time the company simply did not have the funds to do any other marketing such as advertising. PR was simply the least expensive way to go.

Jobs was very fussy about how Apple’s PR program was structured. As reported by the agency that worked for the company during this difficult period and for ten years, the following were Jobs rules for getting the Apple message out the door:

Keep it simple. All press releases or news stories from the company were written so that the average 4th grader or lower could read them and understand them. Jobs was quoted as saying, that he wanted to make sure a “mere mortal” could understand them. Note: there are software programs that grade content and determine its readability score.

Nothing techie. Any hint of messages designed specifically for those in the high-tech industry was forbidden. No industry jargon or clichés. He was so concerned about this and the readability of Apple news stories that Jobs personally read every press release and news story before it went out… even after the company was back on its feet and doing well.

Few and far between. There are some companies, even in the professional cleaning and food service industries, that send out news stories just about every week. Jobs would have none of this. A news story or press release was only released if it was a major event; to help push a new product; product updates; or personnel changes. By adopting this approach, according to the agency, reporters around the world soon learned that if Apple sent out a new story, they had something important to say.

Message focus. As the company grew in stature, it would get all kinds of media requests asking for Jobs or a company spokesperson to discuss industry trends, politics, other companies, etc. Jobs rejected these. The only interviews Apple would grant were to discuss their products, usually its latest products, and how they were designed to unleash creativity and, as he frequently said, “change the world.”

Prioritize the media. Finally, he was not a big fan of mass distribution of news stories to hundreds, if not thousands of editors around the world. Instead, the agency was asked to put together a small list of what they believed were the most important and influential publications, editors, and bloggers of the day. What Jobs was looking for were the “influencers,” those reporters and trade publications that were most valued by consumers.

More on PR and Steve Jobs is found here.