You are here: Home / The Power of BUZZ Marketing / The Art of Storytelling and Effective Storytelling Techniques 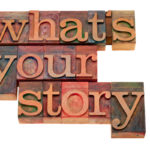 First, what does storytelling entail?

When it comes to, the art of storytelling to sell products, services, or even presidents, as we shall discuss, usually there has to be the following three components:

Given that this is an election year, appropriate examples of how effective storytelling is used as a marketing tool involve politics. Storytelling  and branding someone running for president has been used in politics since the country was founded and they usually are examples of the best storytelling techniques and should be viewed as storytelling tips.

When it comes to politics, the solutions used to address the problem typically involve either “fear” or “hope.”  You’ll see politicians’ shaping their campaign efforts with this in mind.

By 2004 and due primarily to the war in Iraq, Bush had a very high negative rating. Private polling by his own party indicated there was a good chance he would not be re-elected. So—using the three storytelling components—the following story was told to help get Bush re-elected:

Solution: Because of terrorism, 9/11, and perceived threats to traditional values occurring in the United States, it was determined that “fear” based on these concerns would be the most effective way to re-elect the president.

Hero: The hero that could ease our fears and protect us: George Bush.

The result: It worked.

Obama faced several obstacles: He was African American; he had limited experience in politics; the country was economically on its back, and Obama had no economic experience; he was young; and he was perceived as a “liberal,” which ran counter to the views of many Americans.

Problem Obama would have a tough time being elected president.

Solution: Because his opponent, Senator John McCain, continued to use “fear” as a central theme of his campaign, the Obama marketers decided to counter that with “hope”—hope that we could turn the economy around, that we could reduce tensions around the world, etc.

Hero: The hero that could bring us hope: Barack Obama.

The result: It worked.

These are examples of storytelling techniques can be used to sell products…as well as presidents.

When writing an article, the following are some of are most effective storytelling techniques:

Then we present solutions. Many times there are different solutions to a problem, and to enhance credibility, we mention many of those.

However, invariably, there is only one best solution—our hero—and that is my client’s product.