You are here: Home / Blog! / The Making of a Thought Leader

The Making of a Thought Leader was published in Restoration and Remediation Magazine in February 2022.

We find thought leaders in every industry – healthcare, technology, professional cleaning, facility management, and of course, the restoration and remodeling industry. But have you ever wondered how these people became “thought leaders?”

Thought leaders are not born; they evolve. Their evolution is not necessarily a complicated process, but it typically does take time and, something else, passion. While this has become an overused word, in most cases, those recognized as leaders in their perspective industry do feel passionate about their industry, and it becomes key to who they are as a person.

But before we explore these leaders and thought leadership, let us make sure we are all on the same page as to what a thought leader is? While there is no one definition accepted by all, a solid working definition is the following:

A thought leader is an individual or a company (yes, companies are often thought leaders) specializing in a field whose authority is honored and respected and whose comments, thoughts, and beliefs are sought after by others.

Here is something else we should know. Just as thought leaders evolve, the term “thought leader” has evolved.

Coined more than a century ago, the term seems to have gotten lost for decades once it was coined. The Oxford English Dictionary dates the term back to 1887. It was used to describe Ward Beecher, an author and preacher involved in the abolitionist movement in the U.S. He was called “one of the great thought leaders in America.”

PDF: what is a thought leader?

But as we just mentioned, the term was rarely, if ever, heard again until Silicon Valley emerged in the 1970s. One of the first thought leaders in Silicon Valley was Bill Hewlett with Hewlett-Packard. One day Hewlett got a call from a young student looking for parts for a frequency counter, which measures signals and frequencies. That young student was Steve Jobs. Hewlett gave him a summer job, and twenty years later, Jobs became the most admired thought leader in the country.

Why are Thought Leaders Important?

Thought leaders typically fall into two key categories: they are educators or change-makers, or both.

As educators, they help us grow as people and organizations. These thought leaders typically share one or two of their specialties with others.

For instance, once he got out of jail, the real Wolf of Wall Street, Jordon Belfort, remade himself into a sales expert. In time, he became a recognized thought leader when it comes to sales.

Beginning his presentations with the famous line, “sell me this pen,” salespeople in all industries attended his presentations around the globe. Belfort also shows us that thought leaders who are educators do not necessarily focus on just one industry or sector. They can impact many.

As change-makers, they often believe passionately in a concept or idea, urging others to listen to them, heed what they have to say, make changes in their personal or business lives, and spur innovation.

A perfect example is one of our clients. He started out advocating for green cleaning and environmentally preferable cleaning solutions more than twenty years ago. Ignored for years, few people attended his presentations at cleaning trade shows.

However, he persisted. Soon one industry sector after another – education, healthcare, facility management, sports, and others – listened and heeded what he had to say. While he cannot be solely credited for the turn of events, innovation in the professional cleaning industry, spurred on by this thought leader, has made it a leader in green initiatives.

But before we move on, there is one more reason why thought leaders are so important, and that is they help people and organizations make money.

Further, the international advertising firm Ogilvy reports that when key individuals in an organization become recognized as thought leaders, it plays a “crucial role in the fortunes of those organizations.”

How to Evolve into A Thought Leader

Just as their no set definition for what a thought leader is, there are no set ways someone or an organization becomes a thought leader. However, most evolve through the following journey:

Time. Usually, people and organizations that become thought leaders have been in their field for many years before reaching the stature of thought leadership.

We mentioned Bill Hewlett earlier. He and his partner, Dave Packard, founders of Hewlett-Packard (H.P.), had limited success making calculators and printing materials in the 1960s. However, in the 1980s, they introduced inkjet and laser printers, which was their big break. Soon, H.P. made the list of the Fortune 500, and that’s when the company and its owners became leaders throughout Silicon Valley.

Content. Not all of us can start a company like H.P. and ride its coattails to thought leadership prominence. However, we may have more expertise in specific fields than most others. We believe in our ideas and concepts and think they can help others. If this is the case, we need to make ourselves known. Typically, this involves content. Publishing articles in trade publications, getting quoted in other publications, writing blogs, authoring books, delivering presentations, and today with new technologies, presenting podcasts and videos.

Peter Attia earned his M.D. from Stanford University and practiced at John 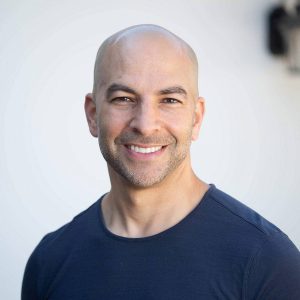 Hopkins Hospital in general surgery for more than five years. He also worked at the National Institute of Health and the National Cancer Institute. But it was his podcasts on the science of longevity, health, the obesity crisis, aging, and fasting, that made him one of the leading thought leaders in this country and around the world.

Help Others. Few industry leaders succeed if they do not help others. Peter Attia’s total focus is on helping others. Jordon Belfort is credited for dramatically assisting many salespeople and the entire sales force. In all cases, leaders help others and organizations become more prosperous, healthier, better managed, and successful.

Perseverance. Remember our green cleaning expert mentioned earlier. We said many of his presentations were met with tiny audiences. We should add that not only were his audiences small, but most were also lawyers. They attended to ensure he never mentioned anything critical of one of their clients’ products. But he persevered. His promotion of green cleaning helped change an entire industry and has made the use of green cleaning products and methods modus operandi in facilities worldwide.

They are ways leaders get themselves and their organizations known. However, they must go one step further – they must brand themselves. The American Marketing Association defines branding as follows:

A brand is a name, term, design, symbol, or any other feature that identifies one seller’s good or service as a distinct form.

A brand is an image; a feeling people have about a product, or, in this case, a thought leader. There are many podcasts from health experts and thousands of sales experts traveling around the world giving presentations and authoring books on sales techniques. However, those that become true leaders are the ones that consumers and end-customers think of first when it comes to these and most all specialties. They’ve created an image of themselves that has made them recognizable and sought after.

Robert Kravitz is president of AlturaSolutions Communications, a twenty-year-old Influencer and Thought Leadership marketing agency serving a variety of industries.  He can be reached at robert@alturasolutions.com.