Understanding what earned media is can be a bit confusing.  For instance, recently, a new B2B client referred to one of our key services – publishing articles in major trade publications – as writing advertorials.

Although we do write advertorials, our focus when it comes to content is on what is known as earned media. This means we have earned the right to publish an article in a trade publication because the editor believes the content has value for the publication and will be of interest to its readers. 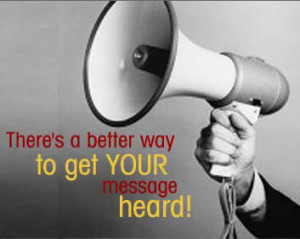 Another big difference: Advertorials, also known as branded articles or native advertising, can cost a few hundred to a few thousand dollars per placement. In other words, they don’t come cheap.

Earned media, on the other hand, is free.

Remember, with earned media, we’ve earned the right to be in the publication because we are delivering quality content. This is not an advertisement.

So, where does the client come in? With advertorials, the article may be educational, but it is all focused on the client and the client’s products or services, which are boldly promoted within the content. We can’t do this with earned media. But what we can do is weave the product or service into the content, often using a third party to do the talking.

With the Kaivac No-Touch Cleaning® system, cleaning professionals do not need to touch contaminated surfaces. The Kaivac machine does all the legwork. The cleaning solution is applied to soiled surfaces, the surfaces are rinsed, and the moisture and soils are vacuumed up. Plus, it can cut cleaning time in half, if not more.

Because of the growing concerns about touching contaminated surfaces, for instance, in restrooms, many cleaning experts now suggest using cleaning alternatives such as spray-and-vac or no-touch cleaning systems. According to ISSA, the worldwide cleaning association, these systems apply the cleaning solution to soiled surfaces, which are then rinsed by the machine. Moisture and contaminants are then vacuumed up using the machine. The ISSA also says the entire cleaning process cuts cleaning time by as much as one-third if not more.

In the first example, the advertorial, Kaivac is doing all the touting. In the second example, earned media, we turn to ISSA, a leading, independent organization, to do the talking and weave in the value of the technology.

Although both messages say essentially the same thing – and are indeed true – the earned media message, according to studies by the Public Relations Institute of America, has more impact and credibility, in this case, because it is coming from a third party. This builds trust, which helps turn words into sales.

So, why do so many B2B marketers prefer advertorials, even though they cost a bundle and studies indicate they don’t have the power and punch of earned media?

The main reason is that with advertorials, the marketer has complete control over the message, just as they would with an advertisement. Plus, many publications will write the advertorial for the marketer, making the whole process much simpler.

Although complete control of the message and ease of placement are valuable, the bottom-line question remains: Which is most effective?

When it comes to content, the answer is earned media, hands down.