You are here: Home / Blog! / When Times Get Tough the Tough Start Marketing

No one knows who said it first, but an old adage says:

“When times are good, you should advertise.

When times are bad, you must advertise.”

Let’s bring that up-to-date.  Today we would most likely say:

“When times are good, invest in marketing.

When times are bad, you must invest in marketing.”

Let me know if you see any common denominators here:

Amazon and Marketing the Kindle 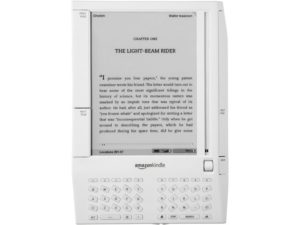 We know Amazon as a mega-giant, making money “hands over fist.” But if you go back in their history, they had year after year when they were losing money.  But, in 2009, a year into the Great Recession, Amazon sales grew by 29 percent. Key reason: they ramped up their marketing budgets, most noticeably for their new Kindle e-reader. By Christmas 2009, Amazon customers purchased so many Kindles – and along with them e-books – that more e-books were purchased that year than printed books.

McDonald’s Dropped Marketing, and With It, Sales

During the 1990-91 recession, McDonald’s figured they could rest on their laurels and dropped virtually all their advertising and promotion spending. After all, they were way ahead in profits and sales of any other quick-service chain. But Pizza Hut increased their marketing budgets as did Taco Bell. Result: Pizza Hut sales up 61 percent during the recession; Taco Bell sales up 40 percent. McDonald’s sales, down 28 percent.

The 1973 energy crisis hit all car manufacturers hard. But the imports, such as Toyota, Honda, and Volkswagen, fared better than most. Toyota was tempted to scale back on their marketing. After all, they were still enjoying strong sales. But they resisted the temptation. They adhered to a long-term marketing strategy that says invest in marketing in good times and invest even more in marketing in bad times. (Haven’t we heard something like this before?). By 1976, Toyota surpassed Volkswagen, then the number one imported brand in the U.S., and Honda has never caught up with them.

Post cereal was so sure of their dominance that during the Great Depression, they scaled back their marketing considerably. They simply believed it was no longer needed.

Kellogg’s took a different route. They beefed up their marketing as much as possible. It caught the attention of consumers who started purchasing the Kellogg’s brands of cereals if for no other reason then to try them. Guess what? They liked them. And because brand loyalty was very popular among consumers in those days, these happy consumers continued to purchase Kellogg’s products after the Depression came to an end.