You are here: Home / Blog! / Which Marketing Strategy Grows Sales? Push, Pull, or Both

The answer is that it all depends. 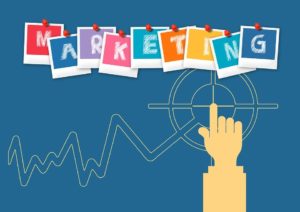 If the client’s product or service is brand new, then push marketing is best, at least initially.

View push marketing as an introductory process.  You are introducing a new product to a market sector.  This is best done with advertising, specifically in trade publications for those involved with B2B marketing.

However, if this is not a new product or service introduction, or if a push marketing (advertising) program has already been in place for several months, the next step is to move to a business pull marketing strategy.

B2B consumers have heard of the product because of the advertising, have an idea of what it does, but now they want to know what it can do for them.  This is typically accomplished with content. Content fills in the missing pieces, which cannot be conveyed in an advertisement.

While “words” are still king when it comes to content and pull marketing, videos, infographics, and even podcasts can also be enormously influential.  In fact, a mixture of all formats is highly recommended in many cases.

We have been working with one client for more than 15 months using this push/pull approach. We are helping them introduce a new product line.  The push/pull marketing strategy we developed with them included the following:

To determine the return on investment of this push/pull approach, we decided there were four key indicators we had to keep our eyes on.  These were:

The results over the past 15 months show the following changes:

The program is working.

While the client did have a cold calling program in place – calling distributors to promote the product line – there was relatively little interest in the line until distributors started reading the blogs and social media posts.

Initially, the client decided they would wait two years to see if the program was worth their time and investment.  They agreed by the 15th month that it was.