You are here: Home / AlturaSolutions Newsroom / Why Veterinarians Never Want to Hear the Word Fomite 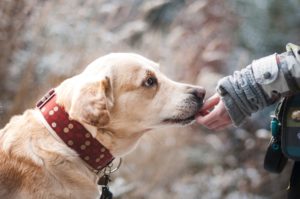 AlturaSolutions publishes articles in the trade publications your end customers read and trust, turning words into sales. This Case Study, Why Veterinarians Never Want to Hear the Word Fomite, was prepared for client Kaivac.

If you are a veterinarian anywhere but especially at the large and very busy New Jersey Monmouth County Society for the Prevention of Cruelty to Animals (SPCA), there is one word you never want to hear. That word is fomites.

At the Monmouth County SPCA, over 600 kittens so far this year have been sheltered. Along with the kittens, hundreds of dogs and other animals, including possums and skunks, have found a temporary home here. And just recently, “nearly 200 unkempt dogs — some of them pregnant and many that appeared visibly sick — were removed from a kennel and taken to the Monmouth Country SPCA” for care and shelter, according to the New York Times. 1

Along with these services, this SPCA is also one of the primary providers of veterinary services for pet owners in the area. Hundreds of animals are brought here every year for treatment.

This makes cleanliness very important throughout this 16,000 square-foot facility, according to Kathy Miles, the Animal Care Manager for the shelter. “From the shelter areas and meet-and-greet rooms to the veterinary clinic, we do our best to prevent the spread of disease via fomites.”

One of the ways they have accomplished this is by ending the use of traditional cleaning tools – inanimate objects – that can become contaminated with use. At the top of the list were mops and buckets.

Most of us in the professional cleaning industry have likely heard this sad tale about mops before. Nearly 50 years ago, studies in U.S. hospitals found that mops can become contaminated as they are used, potentially spreading disease.2 This makes mops the “perfect” fomite.

Further, a March 2019 study published in Infection Control Today, concluded that mops, along with mop buckets, are “common culprits” when it comes to spreading disease in all types of facilities, including veterinary and medical facilities. 3

To address this fomite issue, Miles says the SPCA switched from mops and buckets to a Kaivac No-Touch Cleaning® system. No mops are used in the cleaning process. Instead, an automatically diluted cleaning solution is applied to floors, walls, counters, and other surfaces. And, specifically at this SPCA, they also use it to clean the plastic crates used to transport animals.

The same areas are then pressure-cleaned with fresh water. The final step in the process is vacuuming up all moisture as well as soils and pathogens. “The whole process is simple, quick, and the machine is very easy to operate,” says Miles. “Our staff started using [the machine] as soon as it arrived.”

Miles also adds that “it makes cleaning easier and more satisfying.” Asked what she meant by “more satisfying,” Miles explained that when the shelter is thoroughly clean, they know they are doing their very best for the animals in their care